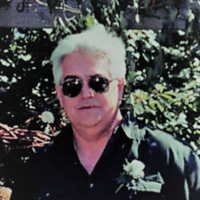 Dennis Dean Calhoun was born in Gary, Indiana on January 6, 1948 and lived most of his early years in the northern Indiana area. He married Judith Alviani in 1990. The couple met at a computer users group at a local library and formed an instant bond.  They shared many common interests including computers and all things electronic as well as a love for animals. The couple eventually relocated to Chicago.

Dennis spent several years working for U.S. Steel in Gary and served as a volunteer firefighter.  He later became a cross-country trucker.  In more recent years, Dennis and Judy ran various home-based businesses, one of which was a web design service.

Dennis was a Freemason. He was passionate about CB radios and Ham radios and loved riding motorcycles.

During the past decade, Dennis’s health deteriorated significantly, and he was confined to his motorized chair.  After Judith’s death, he moved to Willow Crest Nursing Pavilion in Sandwich, Illinois where he passed away on August 1, 2022.

Dennis considered Judy’s family to be his own.  His life is being celebrated, together with his wife’s, at Salem Lutheran Church in Sandwich at 3:00 pm on August 13, 2022.

To order memorial trees or send flowers to the family in memory of Dennis Dean Calhoun, please visit our flower store.