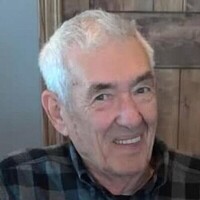 David Lee Meredith, 81, of Sheridan, IL passed away on August 20, 2021. David was born on February 2, 1940 in Leitchfield, Kentucky. David married Barbara on July 27, 1958 in Sheridan, IL and they were together for 60 years before Barbara’s passing in 2018. David worked at All Steel, where he retired. He also family farmed his own small farm for 55 years. He enjoyed hunting and fishing, as well as spending time with his grandchildren and great grandchildren.

He is preceded in death by his parents; His wife, Barbara; 1 brother, Wayne Decker; And a great grandson, Logan Cartwright.

His pallbearers will be his grandchildren, Chad, Christopher, Matthew, Marcus, Stacey, Jennifer, Taylor and Stephanie.

To order memorial trees or send flowers to the family in memory of David Lee Meredith, please visit our flower store.