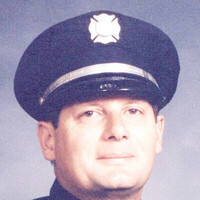 On Saturday, April 17, 2021, David D. Kasmar, Jr., often called Kaz, passed away after a battle with cancer and Covid-19 at Gundersen Lutheran Medical Center in La Crosse, Wis. He was 69 years old.

Dave was born in Rochelle and attended the local schools graduating from Rochelle Township High School in 1970. He was a firefighter/EMT for the City of Rochelle from 1974 until 2004.

Dave volunteered his time in the community by coaching Little League, Junior Tackle, soccer and was active in helping the community through the fire department social club.

He started a dive rescue team to provide safety at local boat races which later became the Black Diamond Rescue team that provides safety for boat races across the Midwest.

He became an instructor for the fire academy at IFSI in 2002 and retired from that in 2014.

Dave loved the outdoors and was an enthusiastic kayaker, rock climber, scuba diver, skier and loved camping and traveling. As his sons grew up, he included them in these adventures.

He joined the ski patrol at Chestnut Mountain so he could combine his passion for skiing and helping others.

He was preceded in death by his mother, Patricia Kasmar; and his maternal and paternal grandparents.

A memorial service will be held Saturday, May 15, 2021  at 4 p.m. with Fire department Chaplain Judy Williams officiating at Beverage-Lyons Funeral Home, 704 N. 6th St. Rochelle, IL 61068. Visitation will be held from 2:00 p.m. till the time of service

Memorial may be directed to City of  Rochelle Fire and Ambulance Fund to help with young up and coming future fire fighters education into the fire service.

To order memorial trees or send flowers to the family in memory of David D. Kasmar, Jr, please visit our flower store.