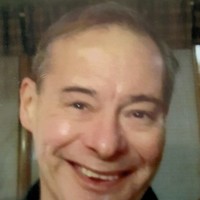 David John Fraser, 66, of Sandwich, died on Monday, October 7, 2019, in Sandwich. David was born on his grandfather Oliver “Red” Fraser’s birthday January 6, in 1953, at St. Mary’s hospital in DeKalb, IL., the son of John Louis and Veronica M. Berkes Fraser. He grew up on the Fraser Homestead north of Sandwich with his parents, grandparents and sister and brother.

Dave and his brother Joe raised champion Duroc pigs in 4-H. He graduated from Sandwich High School, earned an AA degree from Kishwaukee College and served in the US Army in Germany. He married Bobbie Sue Hutson Pence on November 23, 1990.

David worked as a cadet for the city of Dekalb before becoming a police officer for Northern Illinois University. He also worked with his mother at Fraser Realty in Sandwich. He served the City of Sandwich as an alderman and was an active police commissioner. He was a member of the VFW Post 1486 and American Legion Post 181. He loved cruising with Bobbie in their 1957 Chevy.

Preceding David in death were his parents, his grandparents E. Oliver and Edna Betz Fraser and John and MaryThen Berkes, his step-son Dennis Pence, step-daughter Lanetta (Oscar) Guana and aunts and uncles.

To order memorial trees or send flowers to the family in memory of David John Fraser, please visit our flower store.