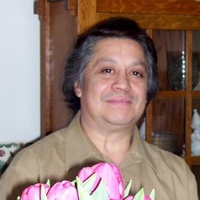 He was born July 21, 1959 in Elgin, IL to Edelmyro Molina and Rosemary Diane Curts raised by his maternal grandparents Horace and Elizabeth (Gilbert) Curts.

To order memorial trees or send flowers to the family in memory of Daniel Mark Curts, please visit our flower store.