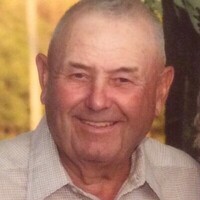 Clarion A. Swenson, 96, of Sandwich, Illinois, died July 10, 2022, at home. Clarion was born September 8, 1925, at home in Earlville, Illinois, the son of Clarence and Helen Swenson. He graduated from Sandwich High School and a couple years later married Norma Jean Osmund, on December 21, 1945, and they began farming in Somonauk, Illinois. They later farmed in Sandwich, then farmed in Leland, Illinois, and in 1973, moved back to Sandwich to farm. Clarion is survived by his wife of nearly 77 years, Norma Jean, and four children, Judy (Dave) Klussendorf, Connie (Richard) Brousell, Jon (Jane) Swenson, Claire (Kris) Swenson, 12 grandchildren and 28 great grandchildren. Clarion is also survived by one brother, Glenn (Carol) Swenson, one sister, Helen Tammen, and one brother-in-law, Tom Scidmore. He was preceded in death by three sisters, Charlotte (Art) Johnson, Marion (Kermit) Elleby, Carol Scidmore and one brother, Burdell Swenson.

Clarion was a tenacious man with a strong work ethic. He was proud to have served on the Sandwich School Board and as Precinct Committeeman for many years. His most enjoyable and proud accomplishment was establishing his sweet corn stands for the last 30 years and being known as “Sweet Corn Swenson” by many.

There will be a private family service only.

To order memorial trees or send flowers to the family in memory of Clarion A. Swenson, please visit our flower store.