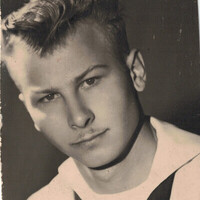 Charles Joel Loomis, Jr., 83, of Sheridan, IL passed away on Saturday, August 14, 2021. Charles was born on January 6, 1938 in Elmhurst, IL to Charles Loomis, Sr and Adeline (Runge) Loomis. Charles served in the United States Navy. He liked bowling and yard work. He also loved stock car racing when he was younger, where he worked as part of the Pit Crew at the track in Sycamore.

He is preceded in death by his parents; 1 brother, Jim Loomis; As well as 1 granddaughter, Melissa.

Visitation will be held on Friday, August 20, 2021 from 4:00 – 7:00 P.M. at Beverage Family Funeral Home, 104 Terry Street Sandwich, IL 60548. A Funeral service will be held at 7:00 P.M. A private family graveside service will take place at Abraham Lincoln National Cemetery at a later date. Funeral arrangements were entrusted to Beverage Family Funeral Home. Online condolences may be made at www.beveragefamilyfh.com

To order memorial trees or send flowers to the family in memory of Charles Joel Loomis, Jr., please visit our flower store.