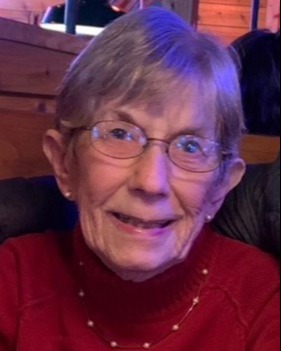 Carol was born on March 15, 1936 to Ralph and Inga Paden of Sandwich, IL, at Woodward Memorial Hospital on North Main Street.

Carol was a graduate of Sandwich Township High School, Class of 1954.

Carol met the new youth pastor at Somonauk Baptist Church and a relationship developed. Arthur Williams and Carol Paden were united in marriage on December 14, 1958 at SBC.

Carol in her earlier years worked as a bookkeeper by Linder Lumber. In 1975, Carol became the Church Secretary for Plano Bible Church and held that position until 2019. Between Somonauk Baptist and Plano Bible Church she had more than 50 years working in the AWANA program.

Carol’s talent for needlepoint won her many ribbons over the years at the Sandwich Fair.

From 2020 to 2022, Carol worked part time for the Ridge Ambulance Service, in the billing department.

Carol was preceded in death by her parents; Her infant sister, Rita; And her husband, Art.

A memorial service for Carol will be held at 10:30 A.M. on Friday, January 6, 2023 at the Village Bible Church – Plano Campus, 1111 West South St, Plano, IL 60545. Funeral arrangements were entrusted to Beverage Family Funeral Home. Online condolences may be made at www.beveragefamilyfh.com

To order memorial trees or send flowers to the family in memory of Carol L. Williams, please visit our flower store.