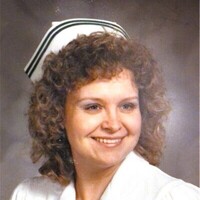 Carol Elaine Berg Garza died May 14th, 2021, in San Antonio, Texas, surrounded by family after a long and valiant battle with cancer.  She was born August 11, 1954, in DeKalb, IL, the daughter of Charles and Winnifred Berg.  She graduated from Rochelle Township High School and attended the University of Iowa and Kishwaukee Community College earning an associate degree in nursing.

Throughout her nursing career Carol dedicated her time to caring for the elderly as they transitioned through the end of their lives.  She was a wonderful caregiver not only to her children but to the many residents she cared for at the retirement communities she served.

Carol was a loving wife, mother, grandmother, sister, and aunt.  She was full of hope, love, and happiness.  Even in her darkest days she would say “God has gotten me this far and I’m sure he will get me through this.”

To order memorial trees or send flowers to the family in memory of Carol Elaine Berg Garza, please visit our flower store.