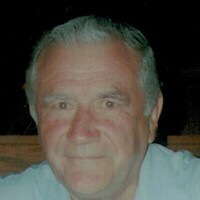 He married Othella Cole on May 30, 1952 in Pocahontas, Arkansas. They spent the next 62 years happily married until Othella’s passing on April 15, 2014. He was a veteran of the Korean War, was a charter member of Edgebrook Country Club, a member of the Moose Lodge in Sandwich and the American Legion in Aurora.

His greatest joy was going out to play a round of golf and coming home to a house full of family. Until his passing he celebrated every Christmas and Thanksgiving with his loving children and grandchildren in the family home. Carl and Othella spent many winters in Biloxi, MS and made many friends he kept in touch with until his passing. Carl retired from Western Electric after working there 30 years and had been retired for 36 years.

Our greatest gift was to have our dad and papa for so many wonderful years. He loved and was loved and will be dearly missed.

Carl was preceded in death by his wife, Othella; his parents; four siblings; As well as many dear friends.

Memorials may be donated to the charity of the Donor’s choice.

Visitation will be held on Monday, February 14, 2022 from 4:00 – 7:00 P.M. at Beverage Family Funeral Home, 104 Terry St. Sandwich, IL 60548. Funeral service will be held next day, Tuesday, February 15, 2022 at 10:30 A.M. at the funeral home. Graveside service will follow at Oak Ridge Cemetery in Sandwich, IL. Funeral arrangements were entrusted to Beverage Family Funeral Home. Online condolences may be made at www.beveragefamilyfh.com

To order memorial trees or send flowers to the family in memory of Carl E. Wilson, please visit our flower store.