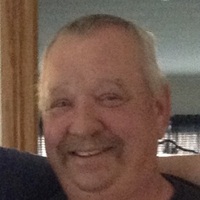 Carl Ivan Johnson, 70, of Montgomery, IL passed away on May 16, 2020 at his home. Carl was born on November 15, 1949 in Dekalb, IL to Axel Ivan Johnson and Cecelia (Blum) Johnson. Carl grew up in Plano and graduated from Plano High School in 1967. He worked at Allsteel Inc for over 20 years and then worked for Zwart Construction until retiring in 2011.

He is preceded in death by his parents; His first/ex wife, Mary Jo (Kreminski) Johnson; And next wife, Sharon (Tummins) Johnson.

To order memorial trees or send flowers to the family in memory of Carl Ivan Johnson, please visit our flower store.