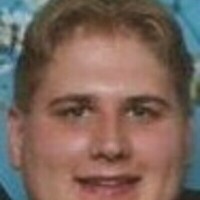 Brian Patrick Karnoscak was born in Aurora, Illinois on April 6, 1978. He had the biggest heart and kindest soul that anyone could ever imagine. He grew up in Sugar Grove, IL and attended Kaneland Schools prior to moving out to Sandwich in 1990. Brian was an avid musician, actor, athlete and an incredible singer throughout his high school years. He also was the drum major at Sandwich High School his senior year.  He attended Western Illinois University where he played tuba in the WIU marching band and made lifelong friends who dubbed him then name “Tiny”. The moment Brian entered a room he filled it with laughter and joy. He had the most addictive personality and loved telling jokes. From a very early age sitting on top of phone books he learned how to play poker. Playing cards was one of his passions. He was always up for a poker game. He was an avid woodworker and created some of the most beautiful pieces of furniture, staircases, and decks for family and friends. Fishing, grilling, and karaoke were just a few things that he loved. But above all else, he loved his wife Michelle and his daughter Brie more than anything in the world. He joined his father in heaven on August 5, 2020 at 9:22 PM.

In lieu of flowers, all donations can be made to The Brian Karnoscak’s cancer fund. To help his family and daughter.

To order memorial trees or send flowers to the family in memory of Brian Patrick Karnoscak, please visit our flower store.