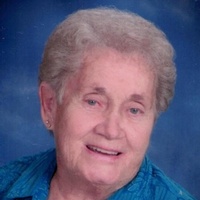 Bonnie’s family moved to LaMoille, IL where she grew up and attended schools in LaMoille, IL and later went on to graduated from LaMoille High School in 1951. She married her high school sweetheart, William “Bill” Harris on May 30, 1952 in LaMoille. Shortly thereafter, they made their home in Plano, IL where they started a family and had 49 wonderful years together.

Bonnie was an avid Chicago Cubs fan who attended spring training in Arizona for many years. She was a member of Plano United Methodist Church. In the 1960’s she helped organize the Plano Girls Lassie League. She worked and enjoyed many years at Plano High School as a cafeteria worker and in charge of the hospitality room during the Plano Christmas Classic for the referees, coaches, and their families.

To order memorial trees or send flowers to the family in memory of Bonnie June Harris, please visit our flower store.