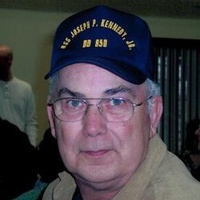 James ( Jim ) Edward Spears 73, of Plano passed away at his home with his loving family at his side. He was born on December 30th 1944 in Sandwich, IL. to the late Laurel and Cecilia ( Rich ) Spears. Jim served his country aboard ship with the U.S. Navy during the Viet Nam War. He was a Master Mason and Past Master of Sunbeam lodge #428 Plano, IL. Jim owned his own carpentry/construction business “ Corri Builders “.He was a former Alderman with the City of Plano and former member of the Board of Directors for the All-Steel Credit Union. He enjoyed baking, cooking and watching the World Series Champion Chicago Cubs. He married his sweet heart while in the Navy Carol Jones on July 10th 1965 in Plano. He is survived by his loving family, wife Carol, Identical twin daughters and their families Carin and Isaiah Martin and Sharin, Danny, Austin and Christa Smith. A brother and his family Eugene “ Gene “ and Nancy Spears, a sister Joyce Tarrance, sister in laws Ruth Jones and Mary Jones and numerous nieces and nephews. Jim is preceded in death by his parents Laurel and his mother and her second husband Cecilia and Wilber Davis, a grandson Darik, a sister Janice Spears, a brother in law Silas Tarrence. Funeral services will be Tuesday January 16th 2018 at 11:00 a.m. at the Beverage Family Funeral Home Sandwich, IL. with rev. Stevan Saunders officiating. Interment to follow at little rock Twp. Cemetery Plano. Visitation will be held Monday January 15th 2018 from 4-7 p.m. at the funeral home with a Masonic Service held at 6:30 p.m. www.beveragefamilyfh.com
To order memorial trees or send flowers to the family in memory of James ( Jim ) Edward Spears, please visit our flower store.