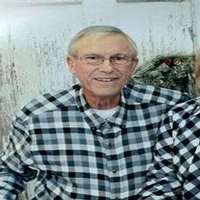 Scott Moravik 70, of Lake Holiday. Passed away January 6th 2018 at Illinois University of Illinois Hospital Chicago. He was born on July 12th 1947 to the late Frank and Blanche ( Pertle ) Moravik in Oak Park, IL. Scott had served his country with the U.S. Army. He married Jacquelyn H. Bennett on November 4th 1972 in Berwyn, IL. Scott has worked and retired from Sears and Roebuck, he enjoyed fishing, boating, woodworking and drag racing. He was a member of the Lake Holiday Fishing Club. In 1999 Scott was the recipient of a heart for his heart transplant at Loyola Medical Center and was Loyola’s 500th recipient. He is survived by his loving wife Jackie . His son Jeff Moravik of Earlville, Sister in laws ; Pat Vladika and Esther Bennett, Nieces and nephews; Sharon, Joey, Linda, Chris, Diana, Debbie and Patti. He is preceded in death by his parents. Sister in laws Lillie Best and Alice Prasch. Brother in laws Bill Prasch and Art Vladika. Visitation will be held Tuesday January 9th 2018 from 3-9 p.m. at the Beverage Family Funeral Home 104 Terry Street Sandwich, IL. Funeral service will be held Wednesday January 10th 2018 at 9:30 a.m. at the funeral home with interment to follow at Oak Ridge/Glen Oak Cemetery Hillside, IL.
To order memorial trees or send flowers to the family in memory of R. Scott Moravik, please visit our flower store.