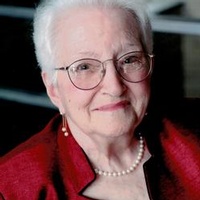 Kathryn E. Redick 93, of Shabbona , IL passed away at Prairie Crossing Nursing Care, Shabbona, IL with her family by her side. She was born April 14th 1924 to the late Joseph and Henrietta ( Wolsfeld ) Kames in West Chicago IL. She married Herman Redick on October 1st 1949 in Batavia, IL. They were happily married 54 years until his death in 2004. She is survived by her loving family Denise ( Ron ) Frieders of Waterman, Colleen ( Dan ) Talsma of Tucson, AZ and Carlton ( Tonya ) Redick of Batavia, IL. She leaves her precious 11 grandchildren and many great grandchildren. She is preceded in death by her parents, her husband Herman, a sister Mary Alice Michelini and 2 brothers Kenneth and Ronald Kames. Funeral Mass will be held September 13th 2017 at 10:00 a.m. at the Newman Catholic Church DeKalb, IL with a viewing 1 hour prior to the mass. Interment will be held next week at Annunciation Cemetery Aurora, IL.
To order memorial trees or send flowers to the family in memory of Kathryn Elizabeth Redick, please visit our flower store.