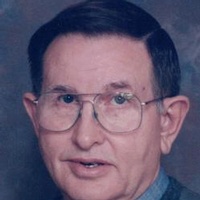 Wayne Joseph Jones, 79 of Sandwich, IL. passed away at his home on September 9, 2017 with his loving family by his side. He was born on July 12, 1938 to Ruben and Wencie (Jennings) in Bassett Arkansas. He worked and retired from All Steel in Montgomery after 30 years of service in the paint department and then on to work at Wal-Mart for another 20 years. He was a member of the Plano Sunbeam 428 Lodge for 40 years. Past President of the Plano Lions Club and was a former Boy Scout Leader for Plano Troop 317. He is survived by his wife Carolyn Kay, his daughter, Dawndra Jones of Newark, IL. and his son Wayne (Cozette) Jones of Plano, IL., his 2 grandchildren Brandon ( Morgan Anderson ) Jones of Oswego and Forest ( Kayla Hale) Jones of Newark.; and 2 special great grandchildren Colt and Kinslei Jones of Newark; his sister Octavia Jarvis of Adkins AR., and a brother Jerry (Cheryl) Jones of Aurora, IL. and many nieces and nephews. He was preceded in death by his parent’s and a child, Adrain Lee Jones. 1 brother, 4 sisters, 1 sister in law, 5 brothers in laws and a special nephew. Visitation for Wayne will be held on September 14th 2017 from 3-7 . Masonic Funeral service will be held at 7:00 p.m. at the Beverage Family Funeral Home 104 terry Street Sandwich, IL. www.beveragefamilyfh.com
To order memorial trees or send flowers to the family in memory of Wayne Joseph Jones, please visit our flower store.