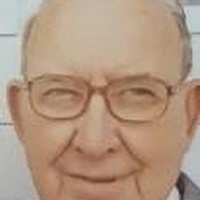 George (Pink) W. Andoe 83, of Plano, IL. passed away at his home on August 29, 2017 with his loving family at his side. He was born in Kenwood, OK. on July 20, 1934 to George and Alice (Wilson) Andoe. He married Marlene Knight on May 28, 1955 in Bluffton, Indiana and spent the next 62 years happily married. George worked at Pipeline Welding for 25 years, was an Insurance agent for 35 years, and has been retired for the last 12 years. He is survived by his wife Marlene, his daughter, Rhonda (Paul) Blythe; son, James (Vicki) Andoe; his brothers, Robert (Dolores) and Frank Andoe; his sister Eunice (Wayne) Black; 8 grandchildren, Jennifer (Carlos) Velaquez, Wayne (Heather) Oost, Kaylee Oost and fiancé Adam Billman-Galuhn, Levi Andoe, Melissa (Dustin) Goines, and Hayden Andoe. 8 Great grandchildren: Madalyn and Isabelle Velazquez ; Grayson, Taylor Oost, Devin Hoffman Gracie, Taylor, Dallas Goines and several nieces and nephews. Visitation will be on September 1, 2017 at the Beverage Family Funeral Home from 5:00-8:00 p.m. Funeral services will be held on September 2, 2017 at the Beverage Family Funeral home in Sandwich, IL at 10:30 a.m. Interment to follow at Little Rock Township Cemetery. In lieu of flowers donations may be made to The First Baptist Church of Plano
To order memorial trees or send flowers to the family in memory of George ( Pink ) Wilhelm Andoe, please visit our flower store.