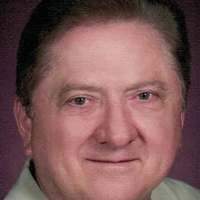 Richard Charles Forst, 73, of Sandwich, passed away at his home on August 18, 2017. He was born on August 11, 1944 to Charles and Dorothy (Gorski) Forst in Chicago, IL. He grew up in Brookfield, IL., graduated from NIU (DeKalb), retired as High School Math teacher, was a member of the Knights of Columbus, loved playing Bridge and Sudoku. He was the father of: Michelle (Pete) Forst-Wingier, Nick Forst, and Corrinne (Joel) Higgins. Grandfather of: Alyssa (Tony) Lemke, Jesse Higgins, Joey and Jadyn Wingier and Hallie Forst, great grandfather of: Leighton Lemke. Memorial Mass will be at St Paul the Apostle Catholic Church on August 31, 2017 at 5:00 p.m. with Father Bernard Sehr officiating. Visitation will be on the same day from 4:00 p.m. until the time of Service. Burial will take place at St Paul’s Catholic Cemetery. Arrangement were handled by Beverage Family Funeral Home Sandwich, IL
To order memorial trees or send flowers to the family in memory of Richard Charles Forst, please visit our flower store.