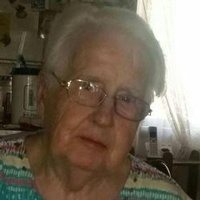 Ethel Roseland Prusia 80, of Sheridan, IL passed away suddenly on Friday August 18, 2017. She married Wilmer Wayne Prusia on September 10, 1980 In Sheridan IL. and spent the next 37 years happily married until her passing. Ethel was very involved in her Church, loved flowers and always had fresh flowers in her home. She was Treasure of the Seventh-day Adventist Grade School. She is survived by her husband Wilmer Wayne Prusia , her children; Kathy (Sergio ) Rowbottom - Arreola of Joliet; Brenda (Timothy) Boldt of Romeoville, IL.; and Robert (Edith) Brobston of Bolingbrook, IL.; nine grandchildren; Christopher, Mathews, Michael, Cordia, Meagen, Betsy, Brayan, Robert Jr. and Henry; and one great grandchild Landon Michael; two sisters Marie Vahl and Twylah Region both of Sheridan, and son-in-law Jim Crisp of Sheridan She was preceded in death by her parents, a daughter Verna Crisp, and a brother Gordon Chapman. Visitation will be held on Thursday, August 24, 2017 at the Seventh –day Adventist Church in Sheridan, IL from 4:00-7:00 p.m. Funeral services will be Friday August 25, 2017 at 10:30 a.m. at the church with Pastor Mike Weakley officiating. Burial will follow at the Elerding Cemetery in Sheridan, IL. Arrangements entrusted to Beverage Family Funeral Home Sandwich, IL. www.beveragefamilyfh.com
To order memorial trees or send flowers to the family in memory of Ethel Roseland Prusia, please visit our flower store.