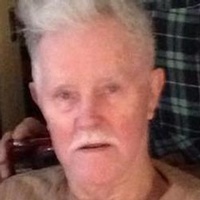 Charles Edwards 91 formally of Aurora Il. passed away on 8/15/2017 while with his family in Fl. He was born January 13, 1926 in Halfway , MI. to the late Howard and Mary ( Heckman ) Edwards .He was preceded in death by his father, mother , sister , brother , 3 sons and wife Nellie. He is survived by his son Charles (wife Shirley) of Fl. 6 grandchildren and 7 great grandchildren. He worked for U S Steel in Pa. for 30 years before moving to Aurora Il. where he enjoyed his retirement camping at Millbrook Il. and sometimes working misc.. odd jobs. He was a proud veteran of the Navy and WW II where he was a gunners mate. In lieu of flowers please donate to the VFW post 7452 in Montgomery Il. where he was a member for many years or Hope Hospice at www. hopehcs.org. Guests will be received at Beverage Family Funeral Home 104 Terry Street Sandwich Il. on Thursday 8/24/2017 from 11 am to 1 pm with a graveside service to follow at Riverside Cemetery, Montgomery with Military Honor provided by the Montgomery VFW Post 7452 and U.S. Navy. On line condolences maybe made at www.beveragefamilyfh.com
To order memorial trees or send flowers to the family in memory of Charles Edwards, please visit our flower store.