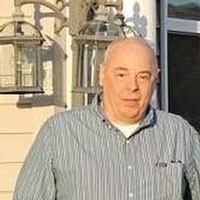 Paul Ward Dobrich 68 of Plano, IL. passed away on June 25, 2017 at Rush Copley Hospital. He was born on October 2, 1948 in Dekalb, IL. to Martin and Margaret (Ward) Dobrich. He married Mary Ann Kapps on May 22, 1971 in Plano IL. and spent the 46 years happily married. Paul was a 1966 graduate of Plano High School. He worked and retired from Caterpillar Tractor Company in Montgomery, IL. He was an avid woodworker and a devoted Nascar fan. He is survived by his wife of 46 years Mary Ann, his daughter Andrea Beckwell of Plano, and one grandson Drake Beckwell. He was preceded in death by his parents, his in laws, Tony and Anna Kapps and his brother in law Joe Kapps. Memorial visitation will be held on July 7, 2017 from 11-2 at Beverage Family Funeral Home, with a Memorial service at 2:00 p.m. at the funeral home.
To order memorial trees or send flowers to the family in memory of Paul Ward Dobrich, please visit our flower store.