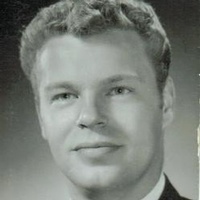 Michael Theodore Husar Sr. 76, of Sandwich, IL passed away June 5, 2017 at his home with his loving family by his side. He was born in Binghamton, New York on December 11, 1940 to John and Olga (Mynyk) Husar. He married Carolyn Sue Donnelly on March 8, 1963 Boulder Colorado and was happily married for 54 years. He graduated from Colorado School of Mines with a degree in Mining Engineer, and worked for Amoco in Casper, Wyoming and Chicago, Illinois. He was a Board member for Northville Township and W.H.O.A. He leaves behind to cherish his memories are his wife Sue of Sandwich, his children; Jill (Mark) Oldenburg, Robin(Tim) Gavin, and Michael T, Husar Jr., his grandchildren Kelsey, Ian and Emily Oldenburg, and Sean and Ryan Gavin, his sister in law Deb Donnelly , and several nieces and nephews. He is preceded in death by his parents, and a brother John Jr. Visitation will held on Friday June 9, 2017 from 4:00-7:00 p.m. at the Beverage Family Funeral Home. Funeral services were held privately for the family. Memorials may be directed to Fox Valley Older Adults Services.
To order memorial trees or send flowers to the family in memory of Michael Theodore Husar Sr., please visit our flower store.