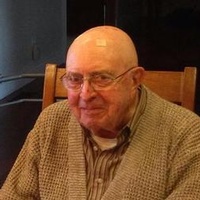 Robert John Paulus 88 of Sandwich, IL. passed away on April 24, 2017 at OSF St Paul’s Medical Center in Mendota. He was born on March 18, 1929 in Aurora IL to John and Edith (Kraus) Paulus. He married Angela E Kasten on August 29, 1964 in Seneca, IL. and spend the next 52 years happily married. Robert enjoyed trains and his HO train set, loved to travel, and for several years belonged to a fishing club. He was a Moose member, volunteered at the Hesed House in Aurora, enjoyed the grandchildren’s activities and loved being with his friends at the Fox Valley Older Adults. He is survived by his wife Elaine, his children; Micheal (Kim) Paulus of Sugar Grove, IL., Michelle (Mark) Janiak of Mendota, IL., and Mark Paulus of Montgomery, IL., his grandchildren Christopher, Benjamin, Tim, Tyler and Kyle, and 1 great grandchild Jeremiah Blake. He was preceded in death by his parents, John and Edith. Memorial Mass will be held at St Paul’s Catholic Church on May 5 2017 at 11:00 a.m., Father Louis Tosto will be officiating. Visitation will be at the church from 10:00 a.m. until the time of service. Inurnment will be in Riverside cemetery in Montgomery, IL. Memorials may be directed to St Paul’s Catholic Church, Fox Valley Older Adult Services or the Alzheimer’s Association. Arrangements were handled by Beverage Family Funeral Home in Sandwich, IL.
To order memorial trees or send flowers to the family in memory of Robert ( Bob ) John Paulus, please visit our flower store.