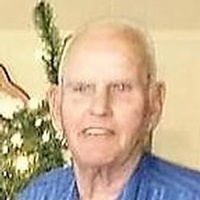 Maynard “Si” Anderson 82 of Sandwich passed away on March 13, 2017. He was born in Morris, IL. on November 14, 1934 to Oscar and Minnie (Johnson) Anderson. Raised in Lisbon, IL and attended Newark High School, graduating with the class of 1952. He proudly served in the U.S. Marines from 1956- 1958. May 3, 1958 he married Sharon Hamilton in Mazon, IL. They were happily married for 59 years. He is survived by his wife Sharon, daughter Diana Hayes and son Douglas (Mary Abens) Anderson. Six grandchildren; Stephanie (Justin) Barry, Jessica Saxton, Ashley (Chris Lien) Anderson, Brittany Anderson, Nicole Hayes, and Jeremy Anderson, sister in law Ruby Anderson, nephews Phillip and Scott Anderson and several cousins. He was preceded in death by his parents and his brother Leo. Visitation will be Thursday from 4:00-8:00 p.m. at the Beverage Family Funeral Home in Sandwich, IL Funeral services will be Friday March 17, 2017 at 10:00 a.m. at the Beverage Family Funeral home with Stan Motley officiating. Burial will follow at the Lisbon Cemetery in Lisbon with Military honors. In lieu of flowers memorials may be directed to Fox Valley Older Adults services Alzheimer’s program or to the Wounded Warriors. Arrangements were handled by Beverage Family Funeral Home Sandwich, IL. www.beveragefamilyfh.com
To order memorial trees or send flowers to the family in memory of Maynard ( Si ) Silas Anderson, please visit our flower store.