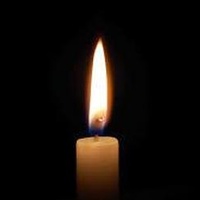 Mary Katherine Ullmark 89 of Sandwich passed away at Willow Crest Nursing Pavilion on March 3 2017. She was born on October 15, 1927 to Aubrey Thomas and Celestine Margaret (Rohrer) Clapper in Northville Township in LaSalle County. She was a member of St John the Baptist Catholic Church in Somonauk, IL. She is survived by her brothers and sisters; Harold Clapper, Grace Diguiseppi, Anna Mae Brown, Ellie Kleinprinz, Thomas Clapper, Doris Green and John Clapper and several nieces and nephews. She was preceded in death by her parents, her husband Wallace, and brothers; Robert, Richard, David Lee, Donald Clapper and one sister Dorothy. Funeral Mass will on held on Monday March 6, 2017 at 10:00 a.m. St John the Baptist Catholic Church in Somonauk, IL. with Father Kevin Butler officiating. Burial will follow at St. John’s Catholic Cemetery. Visitation will be from 9:00 a.m.until the time of service.
To order memorial trees or send flowers to the family in memory of Mary Kathrine Ullmark, please visit our flower store.