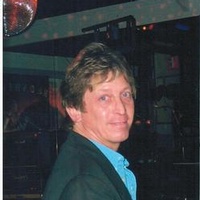 Michael Andrew Colle Born: November 11, 1955 Died: November 3, 2016 Age: 60 years Michael spent his childhood on the farm in Newark, Illinois, with his sister and brothers. At the age of 13 he moved to Sandwich with his mom after his father passed away. There he started his musical career when he picked up the guitar and started to play. By the time he was 16 he started playing with a band at local high school dances. By the time Michael was 19 he became a father to Melissa. From there he enrolled into the United States Navy where he was transferred to Pensacola, Florida. While he was serving there, he became a father again to Stephanie. Upon honorable discharge in 1979, Michael came back to Sandwich and started his career in Air Traffic Control at Palwaukee Airport in Wheeling, Illinois, and later transferred to Aurora Municipal Airport in Sugar Grove, Illinois. All the while, Michael played the guitar with several local bands. In 1989. Michael met Clairanne Ellsworth and they quickly fell in love. They married September 21, 1991. A couple of years later, daughter Emma came along. Michael continued to work as an Air Traffic controller and play in bands on weekends. In 2010, he retired from Air Traffic Control and came home to be a working musician and spend time with his six grandchildren, three children, and to travel with his bride. He enjoyed sporting events, graduations, plays and fun excursions kayaking, concerts and his lifelong dream of traveling to Ireland and Wales. Michael went home to be with the Lord with his bride by his side, after his recent battle with brain cancer. He was preceded in death by his father, William Colle, his mother, Betty Colle and his grandchildren, Josi and Carli Schomer. Michael is survived by his wife, Clairanne Colle of Sandwich. His three daughters, Melissa (J.J.) Schomer of Hinckley, Stephanie (Jon) Singer of Algonquin and Emma Colle of Sandwich. Grandchildren, Hunter and Kayla Gomez of Sandwich and Julian, Kirsten, Hannah and Josiah Singer of Algonquin. Brother, Jerry Colle (Sue King) of Mendota, Judy (Bill) Kallas of Streamwood, Alan (Donna) Colle of Mount Vernon and Scott Colle of Sandwich. And many nieces and nephews. Services for remembering Michael Colle will be on Friday, November 11, 2016 at Our Savior’s Lutheran Church, 2465 W Sandwich Rd, Sandwich, IL. Visitation from 4-6, Service at 6. Beverage Family Funeral Home Sandwich,IL assisted Mike’s family with arrangements. On line condolences may be made at www.beveragefamilyfh.com
To order memorial trees or send flowers to the family in memory of Michael Andrew Colle, please visit our flower store.