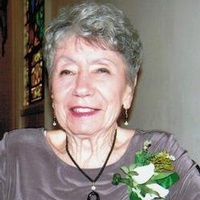 Margaret A. Tallent 89 of Sandwich passed away October 17, 2016 at Willow Crest Nursing Pavilion Sandwich. She was born July 8, 1927 in Sandwich, IL. to the late Leo and Cecilia ( Wagner ) Ulrich. Margaret married Doyle ( Ed ) Tallent on January 15 1949 in Somonauk , Il at her parents farm. she and Ed were married 49 years until his passing October 16 1996. She was a lifelong member of St. Paul the Apostle Catholic Church, Sandwich, which she would bring her family to mass every week. She enjoyed her family especially her children, grandchildren and her great grandchildren, she was an avid Chicago White Sox fan and had worked for CTS Knights Co. She enjoyed socializing with her friend and family. She leaves to mourn her are her children; Pamela ( David Shortz ) Mall of DeKalb, John Tallent of Sandwich, Jane ( Larry ) Frieders of Newark and Kathy ( Doug ) Weeks of Sandwich. She also leaves her grandchildren; Jackie, Eddie, Jill, Craig, Ashley, Aubrey and Ian, great grandchildren Cassie, Sundara, Madison, Jack, Ryley, Cody, Joshua and Ava. She is preceded in death by her parents, husband Ed and sister Lois Warnke. Mass of Christian burial will celebrated October 21, 2016 at 11:00 a.m. at St. Paul the Apostle Catholic Church Sandwich with Rev. Louis Tosto celebrant. Interment will follow to St. John’s Catholic Cemetery Somonauk. Visitation will be held from 9:30 a.m. till the time of mass at the church. www.,beveragefamilyfh.com
To order memorial trees or send flowers to the family in memory of Margaret Alice Tallent, please visit our flower store.