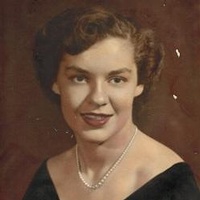 Carol Ann McKnight, age 80 of Plano, passed away August 29, 2016 in her home after a long illness. She was born on March 31, 1936 to Carrol and Ethel Jonker and older sister Barbara Jean, in Mason City Iowa. The family moved to Rockford IL. and then Oswego, IL. In 1956 she met Jimmy Dale McKnight, married and had many happy years together until his passing in 2012. Both Carol and Jim worked for Walker Process in Aurora, IL. until their retirement in 1999( combined 67 years between them). Carol’s happiest years were spending time with her husband and family at the family cabin in Canada. She had a love for animals, loved feeding the deer at the cabin, even giving the deer a table to eat off of and feeding the squirrels. She often said she can’t resist babies, puppies and kittens. She loved watching Dancing with the Stars and Castle. She will be missed and remembered. Carol is survived by her son Scott McKnight, Lisa McKnight (Westpahll) both of Plano, IL. Her grandchildren Robert J., of Naperville, IL., Patricia, Thomas McKnight both of Plano, IL., nephews; John Blockley of Houston TX., Tom Blockley of Chattanooga TN, Jimmy, and Kimberly Meyers of Maplepark, IL., 5 great nephews and 3 great nieces. She was preceded in death by her husband Jimmy Dale, sister Barbara Blockley, her aunt Ruth Dougal, sister- in-law Sandy Meyers, brother-in-law David Meyers, daughter-in-law Dixie McKnight. Memorial service will be held September 6th 2016 at the Beverage Family Funeral Home Sandwich IL at 11:00 a.m. Memorial visitation will be held 1 hour prior to the service. Arrangements were handled by Beverage Family Funeral Home Sandwich, IL.
To order memorial trees or send flowers to the family in memory of Carol Ann McKnight, please visit our flower store.