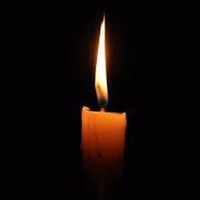 Esther Ruth Brown, 97 of Sandwich, IL. passed away on July 3, 2016 at Willow Crest Nursing Home in Sandwich, IL. She was born on September 17 1918 in Aurora, IL. to Frank and Gertrude (Duy) Daunheimer. In addition to raising her family she operated her beautician business in her home for over 40 plus years. Other interests included bowling, years in a couples’ pinochle group, a summer place in Northern Wisconsin, her service and support in the Millington United Methodist Church, the Fox Valley Older Adults in Sandwich, and the Senior Center in Yorkville. Enjoying a growing family and lots of friends rounded out a very full life. She is survived by her brother Walter (VI) Daunheimer, a son David (Susan) Brown, daughter in-law Irene Brown, grandchildren; Kent (Lynn) Brown, Paul (Anita) Brown, Kelly (Dave) Brummel, Kevin (Cindy) Brown, and eight great grandchildren. She was preceded in death by her husband of 62 years, Robert Brown Jr., her brothers; Henry and Erwin Daunheimer, her sisters Elsie Freitag and Lillian Harris, her son Ronald Brown and grandson Guy Brown. Visitation will be held on Friday July 8, 2016 at 10:00 a.m. at the Millington United Methodist Church followed by a Memorial Service at 11:00 a.m. Pastor Kirk Scott will officiate. Memorials may be made in Esther’s name to the Millington United Methodist Church, P.O. Box 204 Millington, IL. 60537. Arrangements were handled by the Beverage Family Funeral Home Sandwich, IL. www.beveragefamilyfh.com
To order memorial trees or send flowers to the family in memory of Esther Ruth Brown, please visit our flower store.