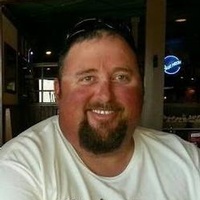 Jeffery (JJ) W. Johnson, 51, of Sandwich, IL passed suddenly on April 29th, 2016. He was born in Bloomington, IL on January 16, 1965 to Kenneth Johnson and Priscillla (Cib Peterson) Johnson. Jeffery married Jennifer (Webber) Johnson on February 12th, 1994. He was a Local 150 Operating Engineer at the time of his passing. His passions were fishing, woodworking, painting, collecting fishing lures, morel mushroom hunting, taking spontaneous trips with his wife and girls, and finishing every day with a beautiful sunset. Jeffery is survived by his loving wife, Jennifer, his two daughters Justine (21) and Jacqueline (19) of Sandwich, IL. His father, Kenneth and Sue Johnson of Gridley, IL and mother Priscilla (Cib) Johnson of La Porte, IN. His brother Matthew Johnson (Brian Piotrowicz) of Los Angeles, CA. His sister Danielle (Jim) Mallory and brother David Dunkin, both of Gridley, IL. Sister Jenny (Adam) Kingdon of El Paso, IL. And step sisters Barb Lancaster (Scott Stevens) of Gridley, IL. Chris (Kevan) Zinn of Hudson, IL and Katie (Hans) Bishop of Atlanta, IL, and several nieces and nephews. He is preceded in death by paternal grandparents Lloyd (Mae) Johnson, and maternal grandparents Robert (Lavina) Peterson, father-in-law James L. Webber, and his best friend and Uncle, Les Johnson. A Celebration of Life Service to be held at Our Savior’s Lutheran Church in Sandwich, IL on Monday May 16th with visitation from 3-6pm to be followed by a short memorial service and will finish with watching the Sunset, which was Jeffery’s favorite time of the day. Memorials may be directed to the family to continuing with girls college education. Family was assisted by the Beverage Family Funeral Home Sandwich, IL. on line guest book may be signed at www.beveragefamilyfh.com
To order memorial trees or send flowers to the family in memory of Jeffrey Wayne Johnson, please visit our flower store.