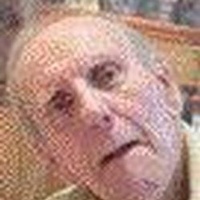 Lawrence Eugene Beebe, 81, passed away Thursday, Feb. 18, 2016. Lawrence was born May 27, 1934, in Chicago, to Eugene and Evelyn (nee Erland) Beebe. He joined the U.S. Air Force at 17 and served at bases in the states and overseas in Okinawa and Japan from 1952 to 1956. He also bowled for the Air Force in televised games during his time overseas. Lawrence married Marilyn Nash Sept. 21, 1957. He worked at Gears Specialties in Chicago until retirement and moved to Las Vegas in 1998. Lawrence loved his family, bowling, pets, fishing, traveling, playing Bingo and listening to old time radio. Lawrence was preceded in death by his parents; his brother, Robert Beebe; and by his grandson, Troy Ihnen. Lawrence is survived by his loving wife, Marilyn; son, Clifton of Las Vegas; daughter, Linda (Dan) Ihnen of Las Vegas; grandsons, Adam and Eric Ihnen of Las Vegas; brother, Wayne of Chicago; nephews, Andy and Tom (Sarah) Beebe of Chicago; and niece, Kathie (Ed) Batjes of McHenry, Ill. Services will be May t7th 2016 at The Beverage Lyons Family Funeral Home 704 N. 6th Street Rochelle, IL. Interment to follow at Flagg Cemetery with military
To order memorial trees or send flowers to the family in memory of Lawrence Eugene Beebe, please visit our flower store.