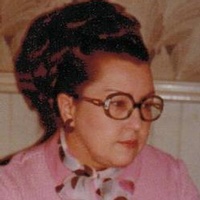 Norma Bernadine Goldsboro 88, passed away February 14, 2016 at Sandwich Rehabilitation Center with her family at her side. She was born on December 9, 1927 in Taylorville, IL to the late Raymond and Floy Elliott. She was the fourth of seven children. She had two older brothers Elwood and Gerald and an older sister Thelma. Three younger ones later followed, a bother Orris and 2 sisters Beverly and Barbara. They were raised west of Taylorville. She graduated from Taylorville High School May 1945. She moved to Aurora IL. shortly after graduation. In April of 1947 she married Paul Goldsboro at the Naval Base in San Diego CA. She stayed in California for three months until her husband was shipped out to sea for the next two years. On his return they built their first home in Aurora IL. The desire to live in the country brought them out to this area. In 1952 they bought land on Miller Road north of Plano IL, that is where they raised three children Danniel , Barton and Christine. Later in life she would go to Beauty School and also attended Waubonsee Community College for Business. She retired from the Kendall County Court House in 1988 as secretary to the probation officers. She enjoyed many crafts. Her favorite was ceramics. But she also enjoyed writing poetry and making personal cards for friends and family. In her later years she wrote many letters to pass the time in the nursing home. She was baptized as one of Jehovah’s Witnesses on September 13, 1956 in Aurora IL. She attended meetings at the Aurora Kingdom Hall until a new congregation was formed in Sandwich. She is survived by her son Barton ( Sandy Erickson ) Goldsboro of Sandwich and their children Kim ( Bob ) Bols, Jake ( Amy ) Goldsboro, her daughter Christine ( Michael ) O’Flynn of Sandwich and her children Ryan ( Lisa ) Anderson, Neal ( Stephanie ) Anderson and Alyssa Anderson. She also has seven great grandchildren Cortney and Tyler Bols, Kyle and Jordan Anderson, Jessica Goldsboro, Kailey and Maya Anderson. She has two remaining sisters Beverly Porter and Barbara McWhorter of Taylorville IL. She was preceded in death by her parents, four siblings and 1 son Danniel. On Saturday February 20, 2016 at 1 pm. a visitation followed by a Memorial talk at 2 pm. will be given at the Kingdom Hall of Jehovah’s Witnesses on Gletty Road Sandwich IL. Elder Dan Christiansen will speak on behalf of the family. Arrangements are being made by Beverage Family Funeral Home in Sandwich IL. The family would like to thank Dr. Angela Egly, and the caregivers, and Unity Hospice who worked very hard to make her final days comfortable
To order memorial trees or send flowers to the family in memory of Norma Bernadine Goldsboro, please visit our flower store.