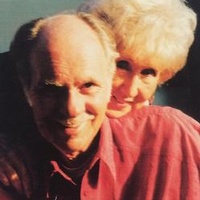 William George Paul Kinnavy March 29th 1933-December 7th 2015 Bill was born and raised in Chicago Il; the youngest of 7 children. His academic years include St. Viators, DePaul Academy, and DePaul University. He also attended one year of seminary school. After teaching a year of high school history he joined the army where he was stationed in Juneau, Alaska during the Korean War. William was a very dedicated and fun loving person with a passion for sports, arts and entertainment. He played on DePaul University's basketball team where he was coached by the famous Ray Meyers. As a hobby he would sketch all the beautiful woman from the old days of Hollywood of which the family still hold his collection. While managing The Milford Theater in Chicago Bill would have a night cap at the Penthouse, where he met his future wife Helen, who was performing with her family band The Fedorow Sisters. The rest is history. In January 1961 Bill was sworn in as a private investigator in which he served Equitable Life insurance Co. for the remainder of his working career. During this time he received many awards for his excellent performance and hard work. During retirement he loved to watch sports, especially the Chicago Cubs. As a young boy he sold hot dogs at Wrigley Field. He is survived by his oldest brother Martin, his sister Dorothy, 6 children, Mary, Susan, Bill, Trish, Paul, and Mike and 14 grandchildren. William will be remembered by his children for the adventurous travels he drove them on across the country to California, the weekend fishing trips while living in Minnesota, boating on the Fox lake, his ability to fix all their cars, and his love of throwing a fun party. Most important, his dependability to his family, as he always provided them with a safe place to come home to. Mass will be celebrated December 19th 2015 at 11:00 a.m. at St. John the Baptist Catholic Church Somonauk, IL. with Fr. Keven Butler officiating, Interment will follow at St. John’s Catholic Cemetery Somonauk, IL. Visitation will be held December 18, 2015 from 3-9 p.m. at the Beverage Family Funeral Home 104 Terry St. Sandwich, IL. www.beveragefamilyfh.com
To order memorial trees or send flowers to the family in memory of William George Kinnavy, please visit our flower store.