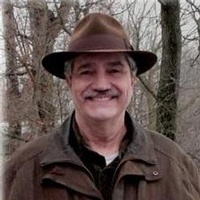 Randall William Shepardson, 70, of Leland IL. passed away at his home on November 3rd, 2015. He was born on April 4th 1945 to Randall E and Marguerite (Reardon) Shepardson in Detroit Michigan. He met the love of his life Edna (Wolf) and was married on December 14th, 1968 at Holy Trinity Church in Westmont IL., and they spent the next 47 years happily married. The family would spend their summers at the Lake house in Indiana, and their winters in Texas. Randy served in the Army as an MP and was honorably discharged. He retired after 30 years as a Lieutenant from the Westmont Police Department. He made a difference in people’s lives, even those he did not know. He was a strong and devoted Catholic giving of his time to Church. He loved shooting was a master marksman. He picked up flying (radio controlled) as a hobby. He loved his family, his grandchildren and his dogs. He is survived by his wife Edna, his children Amy (Robin) Carson and Mark ( Laurie ) Shepardson, his grandchildren, and a brother David Shepardson. He was preceded in death by his parents. Funeral Mass will be held on Saturday November 7th 2015 at 12:00 p.m. at St Paul’s the Apostle Catholic Church with Fr Gerard Christianson officiating. Visitation will be from 10:00 a.m. until the time of service. Burial will follow at St Paul’s Catholic Cemetery in Sandwich Illinois. Arrangements entrusted to Beverage Family Funeral Sandwich Illinois. www.beveragefamilyfh.com
To order memorial trees or send flowers to the family in memory of Randall Randy William Sherpardson, please visit our flower store.